Home All experiences The thief of time The Thief of Time

London. 48 hours. Just enough time to write a story on what England’s capital has to offer South African travelers. One significant perk – fortune had favoured me as Corinthia London cordially invited me to stay in their acclaimed hotel. I knew of it from the hotel’s launch in 2011 which had caused quite a stir. And indeed, I found myself in fine company. Rihanna had left a few days prior, Johnny (Depp, that is) has been known to frequent, and there were several more global ‘hitters’ recently resident whom I cannot mention. Its four-camera high-tech multimedia centre, six serviced meeting rooms, River Suite and Royal Penthouse present different backdrops to set the scene for all possible business and broadcast opportunities, making this a favourite choice for the ‘press junket’ of major motion pictures launching in The West End.

And that’s where the champagne hits the glass – its positioning as a “21st Century Grand Hotel”. What was once the sole mandate of traditional brands like The Dorchester, The Connaught, and The Ritz – hosting Princess Di or Michael Jackson – has now been blown open by an update in ‘5 star superior’ hospitality. Version 3.0 is attracting the modern businessman or rising star seeking luxury and modernity to tie up deals, publicise a project, or simply hide away amidst an impossibly busy schedule. But with such established, stiff competition in one of the world’s most energetic capitals, what must a new hotel have that might equal, and then surpass, The Grand Dames?

It has position, just a few hundred metres from Trafalgar Square, less than a kilometre (either way) from Covent Garden, Piccadilly, and The Houses of Parliament.

On arrival, there’s no doubt the hotel has awe. A few steps into the reception, and you’re met by a 1001-crystal chandelier and tulips generously draped from glass vases. There’s a sense of business and busyness around the entrance. We’re hosted at reception by Diogo, and it’s an example in graceful service – brilliantly muted and understated.

There’s unparalleled luxury. Its spa, ESPA Life, spans 3300m2 descending four floors beneath the ground, and is now hailed as the finest spa in the capital – a treat for the wealthy living in the crazy congested conurbation that is London. As you pass the white leather tea lounge and into the glossed stairways and curved marble corridors you can step into any one of 17 treatment rooms, a private spa suite, nail studio, sleep pods, and a state-of-the-art gym. You experience the privelege of privacy, deep underground in luxurious silence and scented darkness. Lit to perfection, the silver-floored swimming pool and vast square jacuzzi are what I expect to see inside a billionaire’s private estate. Seriously.

Irrespective of whether you’re here to launch your movie or not, there’s a beauty salon by famed Brit stylist and colorist Daniel Galvin, as well as a Harrods gift store, a magnificent florist, By Appointment Only, and two restaurants. Garry Hollihead, winner of Michelin stars at three different establishments, is at the helm of The Northall. The restaurant celebrates the best of British artisanal produce, including Cumbrian short horn cattle, together with an extensive selection of organic and biodynamic wines by the glass and by the bottle. The hotel also serves modern Italian cuisine at Massimo Restaurant & Oyster Bar. Bassoon, the musically inspired bar designed by the award-winning David Collins Studio, serves both molecular cocktails and colonial inspired drinks from its boutique spirits library.

The tea steals the afternoon show. Served in The Lobby Lounge under the chandelier, time evaporates effortlessly as you meander through a history of Britain’s finest teas and cakes – Battenbergs, Eccles and Bakewells – as well as smoked salmon finger sandwiches, organic egg mayonnaise with micro watercress, a flute of Laurent Perrier, and a few bespoke tea blends created especially for Corinthia London’s Tea Palace.

The hotel has generosity. Approximately half a billion dollars were spent on elevator doors, the Baccarat chandelier at the entrance, plus there’s a bar with shagreen walls and a 20-foot-long piano. The bedrooms are said to be the largest in London, but it’s the fine detail such as the brass doorbell, and mahogany console table outside every room, that is a give-away of pure class. Inside the 294 rooms, 36 suites and 7 penthouses, the 21st century kicks in, with almost every concievable type of plug point available for technology and media devices. The remote control has its own branded leather casing. Closing every loop.

While partly owned by a ‘venture cap’ firm, Corinthia London is a family business, (The Pisani family of Malta) and its London flagship hotel exudes the values and sincerity of a family-run business. It’s almost hard to believe that such authenticity could be possible amidst this level of luxury and grandeur but the encounters we had with Lee and Fernando the burly doormen, Cathy, (the Scarlett Johanssen double) that served afternoon tea, and graceful, bright eyed at breakfast are a genuine example of how to get it right. Highly professional and yet somehow ‘sweet’ and real, totally conscious of not fawning too much in client service, which soon borders on overbearing. It happens.

What sets the place apart is that it’s not actually trying to be The Dorchester or The Connaught. It’s gained a foothold in a new market space for a broader audience – businessmen and women, celebrities, the media set, the jetset, honeymooners. It’s achieved the tightrope walk balancing location, luxury, space, detail, and welcoming staff – its team of professionals allow the hotel to do the talking.

So what happened to the 48 hours in London story, you may ask? Yes, I dined out, visited a museum, saw a show, and ‘dropped in’ at a private members club in Soho until 2am (all within walking distance), but, truth be told, it ended up as more of a 36-hour hotel experience. As a Londoner myself, but living in South Africa for the last 17 years, I’m all too aware that my home city can be tiring and frenetic with little refuge for travellers. Yet this time I found something I had not encountered there before – a sanctuary within the mania of the city – a story worth telling, an experience worth sharing. 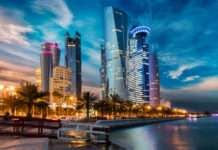 More than a wing and a prayer. Arlo Soho: Try it on for size

London – Jewel in the crown

I had a dream – Skiathos!

Writing for a wide variety of business, luxury and travel magazines and websites, Luxury Travel Editors are led by Founder, Dean McCoubrey, a seasoned pro in sharing the fine details of a property or destination with luxury travellers. For travel reviews or travel editing requirements, please contact:
Contact us: info@luxurytraveleditor.com
© Copyright Luxury Travel Editors 2020